We should be highlighting computer vs human strengths.

In what situation would each prevail?

How can they best work together?

We need your help
because we want to keep on giving our knowledge of the world to you.
Our Sites are run on voluntary donations.

Memristors are a guarantee that the computer era is still undergoing growth.

They offer some unusual characteristics to computer circuitry. Instant “on” without the need for a boot sequence like the average computer, and instant functionality using previously stored settings.

They offer the possibility of denser processing power in silicon chips and offer to bypass current silicon workarounds for logic elements in chips. Programmable hardware which is currently very difficult and expensive to institute in silicon, may become the frontline of future computerisation and mechanisation.

Logic operations may be able to undertaken in memory, not just within the CPU. This gives the possibility of distributed CPU structures and enhanced parallel processing.

It promises the possibility of analog simulations of digital processing. Digital is not “always” best. Memristors would enable silicon circuits to much more closely simulate organic systems of neurones. Analog processing better mimics biological systems, and may be a path to enable us to mimic intelligence. 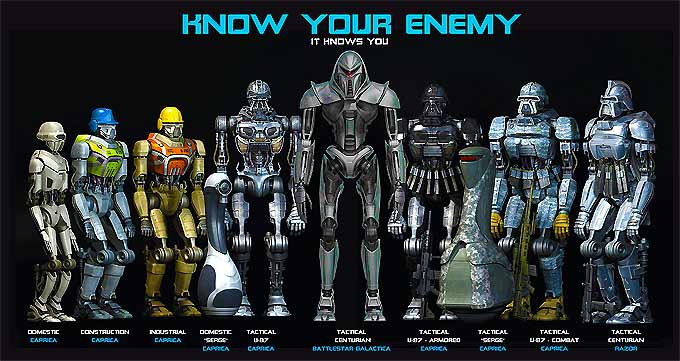 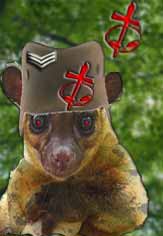 Kinkajou:
What does this technology
remind me of in Brisbane? :

Things in Brisbane that Memristors to use suggest to me: “old dog learning new tricks”.

Go to the Currumbin/Palm Beach dog park at the Gold Coast. You can enjoy other people’s dogs as much of your own. See what breeds of dogs seem to be popular and how they behave. Have you ever noticed how dogs are so friendly with each other at the beach? Fights are rare. 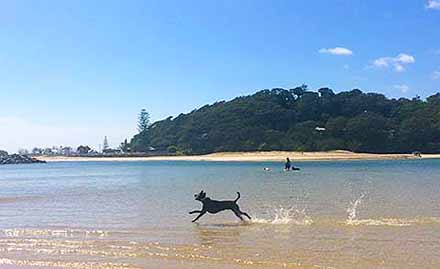 It’s a dog owner’s paradise for exercising your dog, just follow the council’s signage and you and your dog are going to have a great time. Much of the area is geared for them. Walk them, let them run. There is a surf beach and a still water lagoon for paddling incorporated. The council even makes an effort to help you out with doggie bags, to keep things tidy.

The area has some pristine beauty and a basic cafe for a morning snack or break.

This sizable sandy patch of dog paradise starts at the edge of Palm Beach Parklands and follows Currumbin Creek all the way around to the surf .

And for owners it doesn't come much more scenic than this, with gorgeous vistas across Currumbin Creek on the still water side and views to Surfers paradise from the wide surf stretch on the other. Humans doing human stuff allowed also, with the dog’s permission. 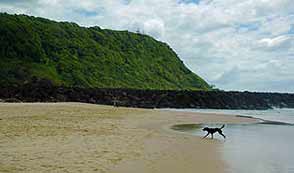 On the parklands before the beach is the Dune Café that does daily breakfast and a decent coffee .Dogs aren't allowed in the Dune Café for health rule reasons but there's a dog hitching post nearby. You can secure your dog to the special area on the western side of the café. Take careful note of the signage or you could be fined.

And if combining a dog day out with children, the creek side of the beach borders a fantastic children's paddling beach and Pirate Park.

Need to Go: Take the turn-off to Palm Beach Parklands from the highway before the bridge and there's plenty of car parking spaces that you'll have to fight over on a weekend day. You can always just park on the road verges across the highway. The lights to cross the road are nearby and not far from the off-leash area/ Café. 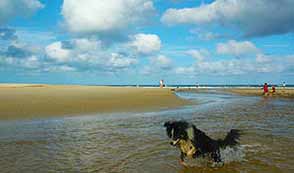 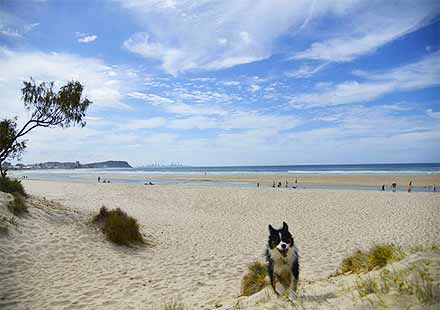 Coolum Beach off-leash dog area:
A patch of doggie paradise that incorporates surf, sand and a saltwater creek for dog paddling. This expansive off leash zone extends from just north of the Coolum Beach caravan park to one kilometre north of Stumers Creek.

Reached by a dedicated road through the beachfront reserve by the creek, there’s a car park at the end with doggie bags, taps, toilets, picnic tables and a playground. From here either head straight to the beach or to the creek. 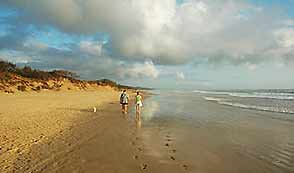 When you are all done with swimming and walking or running, how about exploring the other side of the lagoon, Tarrabora Reserve, and Beree Badalla Boardwalk. However take note there are no dogs allowed in Tarrabora Reserve you will have to access the boardwalk by crossing the Gold Coast Hwy and taking the first road on your left. You can take your dog on the boardwalk but keep your dog on a leash. 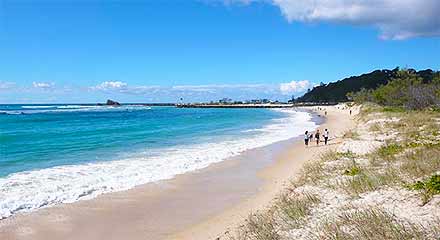 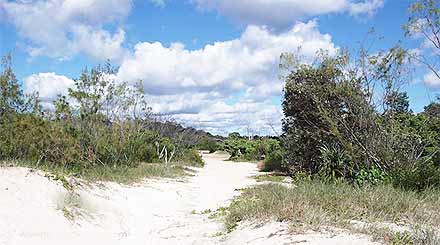 The “Oracle in the “Matrix”, and in fact the entire structure of the Matrix itself.” In this series it becomes obvious that the computer hardware that is the Matrix simulates reality for millions. Life is not life as we know it, but an intellectual simulation of reality that exists only in the minds of the biological mechanisms and computers involved.

“Three” in series Battle Star Galactica as well as her compatriot Xylons show us how artificial intelligences/robots have attempted to mimic some of our own characteristics in biology. (Or is it us who have mimicked some of their characteristics in our biology).

Examples from Science Fiction referring to this technology:

There is one example where perhaps I can see the downside of Memristors. In Arthur C Clarke’s: 2001 a Space Odyssey – the computer HAL2000 becomes psychotic and attempts to kill its human companions. I think this is much more likely with Memristors.

Each circuit has a memory which could possibly deteriorate with time. At least with software programmed computer memory, crc checks can be built into the programming to ensure corruption does not occur. By definition this is not a valid option with Memristor memory.

Ian Douglas: Heritage Trilogy: Luna Marine. Jack programs an AI assistant. The author proposes that some of the tricks for making a computer seem like an individual actually relate to the timing of the software processes of computerised thought. Introducing a delay in responses and during synthesis of speech, may be a key to making the cogitations of a computer seem identical to those of a real person.

The issue that arises is that perhaps we should not be measuring to what extent a computer is able to be differentiated from a human. Perhaps we should be more directed towards measuring whether a computer or a human are better at solving specific problems or types of problems.

EE Doc Smith: Masters of Space. This author makes the point that it may be possible to have our computers perform operations as machines which are not possible for our organic cells.

The Strett’s supercomputer is capable of undertaking Peyrondix – sending and exploring consciousness throughout galactic space in a search for knowledge. Almost limitless power obviously exceeds the capacity of organics. Except perhaps in a quantum universe, where space is really exists only in our imaginations.

Frank Herbert: Dune. The human mind can be developed as the ultimate computing machine. It is capable from drawing extrapolations and making conclusions from inadequate data. It is capable of seeing complex patterns. It can be trained, much as a computer can be programmed.

Human laziness allowed the early Cymeks to dominate and control humanity. These in turn then came to be controlled and dominated by the Omnius. “Though shalt not make a machine in the mirror of a man’s mind”. This is the creed by which the humans of the civilisation must live.

Human people have successfully memorised books worth of data. I remember the example of one such person telling someone the words that were on page 150, paragraph 3 line 3 word 4.

While human minds are capable of such holographic remembrance, they cannot process this data from this format. Computers are able to do this. Proposed hidden data such as in the” Bible Code” can really only be practically searched by computers. (As an aside, I think the Koran as dictated by the angel Gabriel to Mohammed, is a much more likely encryption structure. The repetitions are unique and always different. Language has not evolved too far from the language of these original inhabitants- only one and a half thousand or so years ago.)

Humans can undertake the same operations as a computer in searching for hidden data encryption in a simple stepping cipher.

Joan Slonzewski: Brain Plague. Different organisms can act computer-like by living at a different rate and using different information-processing systems to that of the human brain. These micro- intelligences are capable of interfacing with the human brain and adding to its capacities and functions.

Donald Kingsbury: Psychohistorical Crisis. This author achieves the interface with the human brain using a computing construct capable of holographic interfacing with neuronal structures. The construct is the “FAM”.