Every person has some degree of psi talent-

though of course some do much better than others-

but especially by doing psychic exercises or training.

because we really need this to let us keep on going.

I’ll give you my overview summary of psychic powers/senses, trying to include as much is possible, so you won’t be surprised by new words or concepts as you read or discover information about the science of Psi.

Perhaps the most interesting thing about Psi powers is the observer effect. Believing matters. If there is non-believer present, experimental results trend negative. However, to the scientific mind, this is actually proof of Psi, not proof of its absence.

Psi is an incredibly erratic science. Dr Xxxxx developed the Paill theory. The interesting thing here is why people who have an awareness of Psi, have not used it to seek help in the right place.

People have sought help and have become better, the good “Doc” quotes. But when they become sick again, 6 to 12 months later, they seek help from everywhere else except from the source of help that had worked before. They literally forget that they were ever sick and that they have ever been helped. It makes the illness very difficult to treat.

But the good doctor says he is not aware that anyone has ever sought help based on their intuition. So if we believe in Psi, why doesn’t/t it work for at least some people. No answer, I’m afraid.

Interpretation also needs to be learned. Some authors in discussing the learning of practical intuition, describe how pictures can appear into our awareness. These pictures need to be retained and then interpreted to extract information coded within them. The pictures in our minds do not themselves directly constitute  information.

Also questions can then be asked in a different way to confirm that our interpretations of these pictures or images in our mind are correct. Understanding the message can be difficult.

We are well used to the picture of a tarot card reader doing a complex reading, often taking up to half an hour. But Psi does not need to necessarily follow this pattern. It can be used to give simple yes and no answers. Answers to a question can take less than a minute.

I personally believe it can be a very useful aid for making decisions where there is no rational or physical basis for making a decision. Choice A and choice B are essentially equivalent as we do not have the knowledge to be able to differentiate between the consequences of these choices.

Psi can surprisingly help you to make sensible and rational choices. And strangely enough, often when we look at the answers we can see the truth within them already. We know exactly what facet of reality these readings are emphasising, as a basis of making a decision.

Examples from science fiction referring to the technology of PSI

We are often aware of Psi in many facets of our lives without getting due credence to our beliefs. We believe that the hunter can be aware of his environment to the extent that he knows when he has become the hunted, even though there appears to be no rational basis for such a belief. Riddick in the science fiction movie “Pitch Black” shows the psychic awareness of the hunter.

Halmyrach, Abbod of Amel in Frank Herbert’s “The God Makers” shows a new aspect of Psi. Humans can make and can influence Psi but in return it can influence them as well. Gods can be made. Psi can be both science and art. “ The wise man prays once a week but studies psi every day.” 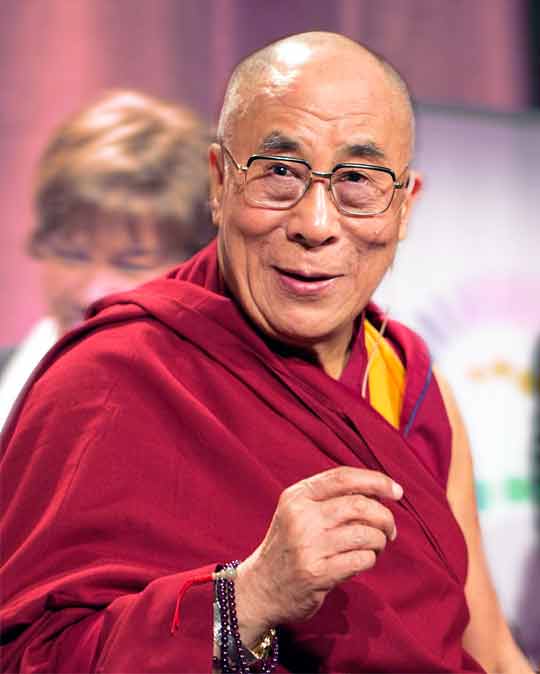 Saruman in Tolkien’s classic “ Lord of the Rings” highlights some of the fairy-tale aspects of Psi. The “Seeing Eye” shows as a form of remote viewing or astral travelling. Science and video displays do it better, but there are things that cannot be seen. Magic appears to be a form of Psi where things are made to happen.


Orson Scott Card has the example of Alvin Maker having healing powers based on Psi.

The Arisians and Eddorians of E.E. Doc Smith’s Lensman series show of an awareness of Psi as a high-level force, which is able to influence events physically and able to be used in communication. Of interest is that the lens enables the reading of all information no matter how encoded or hidden, effectively bypassing physical encryption. Interesting!

Perhaps one of the most interesting real stories I have heard is that of an electronics professor in the UK who had become interested in séances and channelling. In one story he relates that a creature became evident to them in their travels and had tried to come back with them. He pushed the creature away and returned. What was the creature?

In what way could it have affected the life of the person to whom it had become attached? Could it be removed in future? All interesting thoughts if you can accept the reality that there was another intelligent presence sharing your astral universe.

Robert Adams: Horse Clans series. Psi powers form a backdrop to many aspects of this series of novels. Post-apocalyptic humans develop new powers – Psi powers. The power to communicate at a distance including to animals. The power to alter nature or move physical objects.

The power to change the perception of reality – a type of telecommunications of false visual information. The power to see the future. Many of these powers are well known to us today. But to humanity – Psi powers are erratic – unreliable. We can accept them – but we find it hard to use them consistently.

David Brin: Star Tide Rising. Psi science is combined with probability science to give a form of scientific rationale. The novel showcases Psi bombs which cause a distortion of reality affecting anybody within the range. Psi can be used as a sensory detector. Psi leakage can be detected by buoys, betraying and enemy’s position or actions.

And finally probability can be used as a method of propulsion – albeit still with an element of unreliability and unpredictability. But also with incredible speed. You can arrive first a battlefield, but of course some can be lost on the way – unpredictably.

Gordon R Dickson: Dorsai series. We see that some of the human variants can use Psi in healing and to overcome physical limitations – to walk on air. The most powerful humans have the most ability to influence nature.

Allan Dean Foster: Flinx / Commonwealth series. Flinx a.k.a. Philip Lynx is a powerful empath created by illegal human genetic engineering. In escaping from the breeding facility, he is adopted by a normal human woman – Mother Mastiff who brings him up as her own son.

Of interest the author mentions weapons activated by empathic Psi powers and the use of Psi in many crisis situations. The unreliable aspects of Psi power are well described.


Frank Herbert: Dune. The Bene Gesserit have undertaken a breeding program to breed Psi powers into a fragment of the human race – to enable them to see the futures of men, which have been heretofore blocked to them as women. It is the aspect of Psi allowing the full scene of the future which is emphasised the most. The author proposes that drugs may release the mind and unable or facilitate the exercise of Psi powers.

An unusual proposal. But certainly one that can be easily tested. Once you have defined what you will be measuring and on who and how you will be measuring it, medications can be used to test their effects. “Yield” is the issue. To be worthwhile doing – it must be worthwhile doing. The improvement in Psi performance must justify the investment in time, effort, money and pharmaceuticals.

Anne McCaffrey: Dragon Riders of Pern series. The author showcases the use of telekinesis – a type of astral travelling in the flesh which is facilitated by the Powers of a dragon. The interest in this proposal is whether other animals besides humans have Psi powers? Or do they have them and not realise that they have them or how they are working for their benefit?

I think Frank Herbert’s novel Dune and his novel the “God makers” gives an excellent consideration of the uses and power of psi.

Visit a Tarot reader or Psychic in one of the weekend markets. Buy yourself a pack of Tarot cards- there are many different types, though the Ryder-Thwaite deck is the most classical and the meanings of all the cards are all available online. You can do a reading on yourself, looking up the meaning of the cards online. But be aware, sometimes the Tarot may answer the question you should have asked not perhaps the exact question you have asked.

A psychologist in Britain – Prof Daryl Bem has attempted to apply scientific rationale to the study of Psi. He claims that the mathematical probability of his findings being a statistical fluke is one in 74 billion. In his nine experiments, conducted on approximately 1000 students, in eight of the nine experiments the results fell in favour of the subjects having some psychic power.

He took established psychological protocols, such as affective priming and recall facilitation, and reversed the sequence, so that the cause became the effect. For instance, he might show students a long list of words and ask them to remember as many as possible.

Then, the students are told to type a selection of words which had been randomly selected from the same list. Here's where things get really weird: the students were significantly better at recalling words that they would later type.

It suggests they knew which words were going to be selected to be typed.

This is an experiment that tests for ESP. It takes about 20 minutes and is run completely by computer. First you will answer a couple of brief questions. Then, on each trial of the experiment, pictures of two curtains will appear on the screen side by side.

All of the experiments revealed slight yet statistically significant psi anomalies, with an average effect size of 0.21 across all experiments.

However, the real contribution of this paper isn't even these statistically significant results. Instead, it's Bem's attempt to create rigorous, well-controlled tests of psi that can be replicated by independent investigators.

Because here is the dirty secret of anomalous phenomena like telepathy and clairvoyance: They've been demonstrated dozens of times, often by reputable scientists. (Bem is an extremely well-respected psychologist, best known for his work on self-perception.)

And this is why Bem's paper is so important: It provides the first testable framework for the investigation of anomalous psychological properties. Unlike most tests of psi or ESP, Bem's research builds upon well-known experimental paradigms, and minimizes the contact between the experimenter and the subject. The data collection was automated and accurate; the paper passed peer-review.

Some people believe that only some people, but not all, are psychic. And it is because of this unpredictability and inconsistency that sceptics have denounced the phenomenon. The people that aren't psychic, it never happens to them so they say it's all rubbish"

All anybody wants psychic powers for anyway is to pick the Lotto numbers. 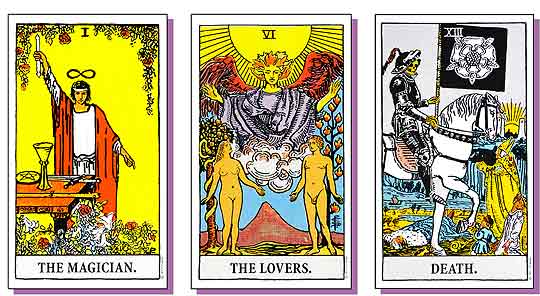 As in any skill, there are many different aspects or facets to the skill. Not everyone is skilled in every aspect of psychic phenomena or intuition. Intuition can be experienced in the ability to obtain information via: